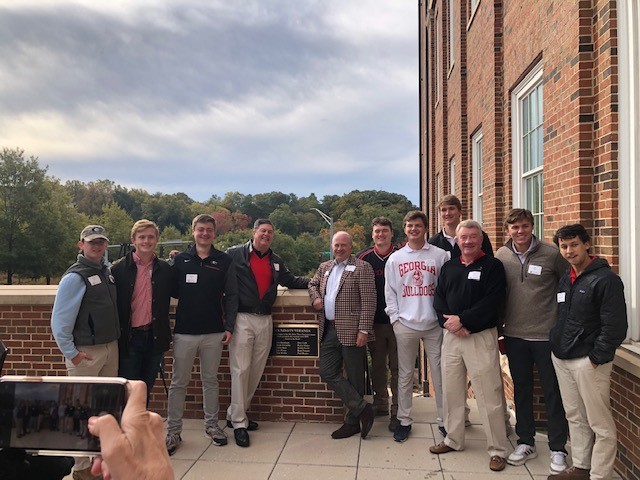 By OmegaFiNovember 12, 2021Chapter News
No Comments 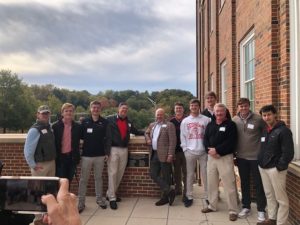 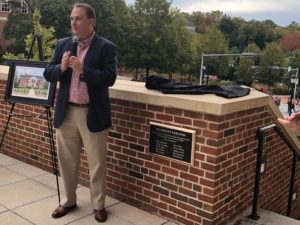 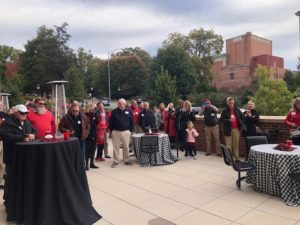 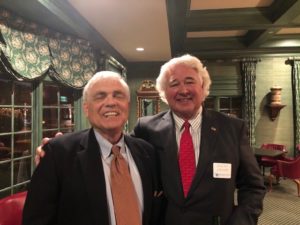 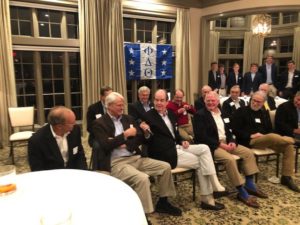 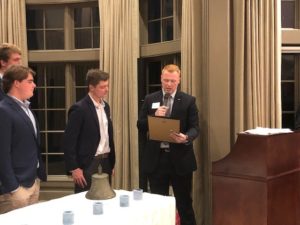 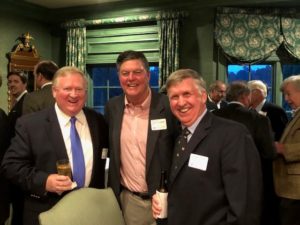 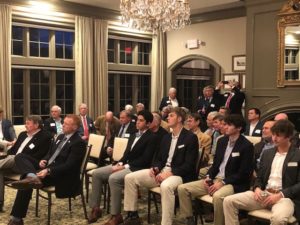 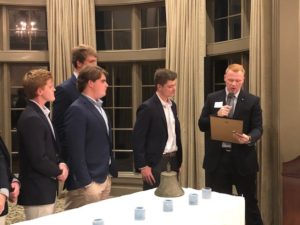 Georgia Alpha celebrated its 150th anniversary this past weekend with several events. Thursday evening November 4, Brother John McGoogan hosted the annual Founders Day/Golden Legion event at Capital City Club-Brookhaven. It was our first one since 2019 due to COVID and we had a record attendance. The highlight of the evening was the Golden Legion ceremony that was conducted by the fraternity CEO, Sean Wagner with assistance from the chapter actives. Twelve brothers received this award and reflected on how much the fraternity and the friends associated with it have meant to them. Sean also presented to chapter president, Matthew Ikard, an accolade from GHQ recognizing Georgia Alpha’s celebration of its 150th anniversary. It was noted that in addition to being the oldest chapter in continuous existence at the University, Georgia Alpha is also the fourth longest of all Phi Delta Theta chapters. Additionally, Sean gave an update of what was going on both locally and on a national level. The fraternity has added chapters at several campuses in Georgia which only helps to make the “brand” better.

On Friday, November 5, the Chapter Advisory Board (CAB) hosted a cocktail party at Lee Epting’s venue, The Hill. Over 200 of the current brothers and dates attended the event and had a wonderful time. They greatly appreciated the support to have this event.

On Saturday November 6, The Terry College of Business dedicated the Six Ninety Veranda at Ivester Hall. As reported previously, ten brothers donated the required funds for naming rights for this 1700 square foot open space that is virtually the footprint of the previous chapter house at 690 South Lumpkin. The event included an acknowledgment from Dean Ben Ayers who welcomed a group of 70 plus alumni, actives, and their families. It was a wonderful event despite an early start and chilly weather.

It was a great weekend and thanks to the many of you that attended these events. We will be sending out our annual newsletter in the about a month so please make sure we have your updated information. Click here to do that. As always, we would appreciate you passing this along to other brothers that may not have done this so that they can receive information about upcoming events in 2022.

On behalf of the CAB, I hope you and your family have a safe and wonderful holiday season and look forward to sharing more information with you in the year to come.